Sampoerna Academy > Fixed Mindset vs Growth Mindset: Which One Do You Have? These two mindsets were first coined by Carol Dweck, a researcher at Stanford University. Apart from being a researcher, she is also a well-known author of psychology books. Her research explains that different people have different beliefs in their own characters; what they believe in creates a certain mindset.

In this article, we will briefly discuss what a fixed mindset and a growth mindset generally are. Let’s start by talking about them separately. 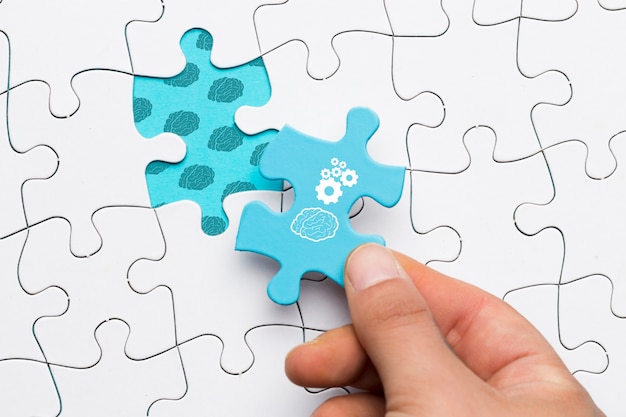 A fixed mindset is basically the mindset of people who believe their qualities are fixed traits and therefore can’t change. They believe that their intelligence and talents are absolute, so there’s nothing they can do to develop and improve them.

As they believe that their intelligence and talents are impossible to develop, they also believe that talent alone leads to success, and effort is not required. These people don’t believe in striving and struggling, so they just don’t do them, don’t grow, and don’t go through any positive change in their life.

Let’s take a case as an example. When someone with a fixed mindset isn’t good at Math, they will think there’s no way they’ll be able to master Math. Their belief leads to discouragement; they’ll either give up or not try because they think trying is useless.

People with this mindset focus solely on the results rather than appreciating the process. Some of them only want to gain positive results without going through the process of getting there. Some of them will also leave a task without trying if they feel that they can’t do it.

Moreover, a fixed mindset makes people expect to be rewarded even for the littlest effort that they have done. People with a fixed mindset often feel discouraged when they get rejected or experience failure, to some extent that they feel they must stop trying to grow.

A growth mindset is the opposite of a fixed mindset. People with a growth mindset are they who believe that their qualities can be determined by their efforts. Because they appreciate and believe in the power of efforts, they’re not afraid of failing. Even when they experience failure, they’ll consider it a new experience to further develop themselves.

For them, failure can turn into success through continuous striving and struggling. Intelligence and talents will also develop with perseverance and hard work; basically, people can go through a process to develop and improve themselves.

People with a growth mindset won’t avoid challenges or give up because of them; instead, they seek challenges and grow from them. They have a strong will and mentality that help them thrive even under pressure.

Turning a Fixed Mindset into a Growth Mindset

Although it’s believed that people are born with inherited genes that may contribute to personality, talent, and aptitude, mindset isn’t something you’re born with; it’s usually affected by their environment. Therefore, a mindset can change. People are free to decide what kind of person they want to be.

The only way to turn a fixed mindset into a growth mindset is to “choose” it. That’s why it’s important to understand how the two mindsets are contradictory. Once they understand which one will be more beneficial for their lives, they should be able to choose.

This book was the first book that broke the general assumption that talents determine someone’s success. This book offers a very simple explanation of what success is. It focuses on how success is about the efforts people make and the processes they go through rather than the achievements.

This book is suitable for those who want to develop their mindset related to how they see work and money. This book shows how people can change the ideas they have of ​​money and investment. One thing the book mentions is that money that isn’t well invested will run out and burden the next generation.

The author of the book tells a story of how he was able to prove that his career achievements had an impact on society. Iman Usman’s mindset and achievements as a writer are indeed stunning. However, Iman doesn’t forget the important part of his success: the process of achieving it.

We’re at the end of our discussion about fixed mindset and growth mindset. People with a growth mindset will never stop learning and growing. For example, if they want to learn deeper about science and technology, they won’t be afraid to explore these two things.

Let’s create a generation with a growth mindset with Sampoerna Academy, one of Indonesia’s leading international schools that offers the Cambridge Assessment International Education curriculum and is the pioneer of STEAM in the country. Schedule a visit both offline and online to find out more about Sampoerna Academy!

Newer Visual, Auditory, and Kinesthetic Learning Styles
Older Degrees of Comparison: Definition, Examples, and How to Use Them