Sampoerna Academy > Getting to Know Volcanoes and Volcanism: Definition, Signs, and Forms Volcanism is what we call all the natural events related to the formation of a volcano as well as the movement of magma in the earth’s crust and lithosphere which infiltrates the layers above or beyond the earth’s surface. It refers to the eruption of a molten rock mixture, or what we often call magma, through a gap at the surface.

Magma is an incandescent liquid that moves up to the earth’s surface through a diatreme, a pipe-shaped channel. This movement causes a convection current which, along with the gravitational effects of the changes on the earth’s surface, such as erosion, deposition, and asteroid impacts, drives tectonic plate movements.

As mentioned, volcanism refers to all the events that have to do with the formation of a volcano and magma coming out to the earth’s surface through fractures on the earth’s crust. Volcanism results in a volcanic eruption which is marked by the release of magma from the center of the earth.

The main factor for volcanism is magma which, when arrives at the earth’s surface, turns into lava. There are various magma activities, so there are also various signs of volcanism: various types of eruptions, various shapes of volcanoes, and various events that occur.

Volcanism has many positive impacts. It creates fertile soil for agricultural purposes, especially around mountain slopes, because of the volcanic ash that occurs and accumulates during eruptions. It also produces various types of rock which can be turned into widely-used industrial minerals, such as andesite, basalt, and granite. What’s more, it drives the formation of highly valuable metals and minerals, such as gold, steel, and sulfur.

However, along with the positive impacts, volcanism also has negative impacts, including the major impacts it brings as a natural disaster. Volcanic eruptions bring with them hot clouds and lava that scorch the environment and settlements and cause victims.

What are signs of volcanism? 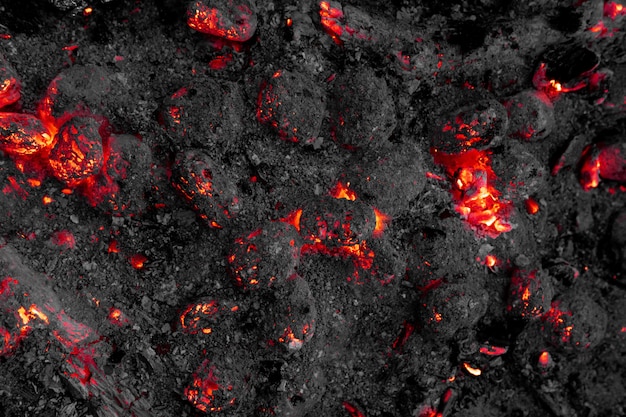 Also read: Getting to Know the Planets in the Solar System

What are the different types of volcanism?

This phenomenon is closely related to the emergence of magma on the earth’s surface. Magma is an incandescent liquid substance formed at the center of the earth as a result of local melting by the heat in the lower crust of the earth’s interior. The earth’s crust is adjacent to the asthenosphere. Magma comes out through the fissures or fractures in the earth’s crust.

Divergent plate edges are gaps that are usually located in the middle of the ocean and can extend up to thousands of kilometers in length. These fissures are the way for magma from the asthenosphere to rise to the earth’s surface. Magma then mixes with water, accumulates, and turns into pillow lava, forming a mid-ocean ridge.

The phenomenon refers to the release of heat as a continental plate converges with the continent which doesn’t cause volcanism because there’s no subduction zone. Volcanism only occurs in the convergence zone between oceanic plates or an oceanic plate and a continental plate. Magma that appears at the edge of a convergent plate then produces magma of high viscosity and gas pressure.

It refers to a volcanic activity that occurs in the middle of a plate when magma arises due to the concentration of local radioactive materials that form a potential local magma chamber. Intraplate volcanism has basalt properties so that magma comes out quietly.

Volcanoes are formed through volcanism, the rise of magma from the earth in the lithosphere to the earth’s surface. With each volcanic eruption, appears several solid objects such as lava, lahars, pyroclastic loose materials, and escalating gases.

Magma occupies a so-called pocket called a magma chamber or batholith. The release of magma due to volcanic activities begins with magma activity in the lithosphere. This event is associated with the formation of a volcano.

We’re at the end of our discussion on volcanism, including volcanoes and eruptions. Do you like learning about topics related to science and technology? With the world’s best curriculum and STEAM-based learning approach–Science, Technology, Engineering, Arts, and Math–which has been widely applied in America, Sampoerna Academy creates students with a global foundation and internationally recognized academic qualifications. For more information about Sampoerna Academy’s Parent & Student Handbook, visit here!

Newer Getting to Know the Planets in the Solar System
Older Capillarity: Definition, Formula, and Examples