Sampoerna Academy > How high can you count? …in English! 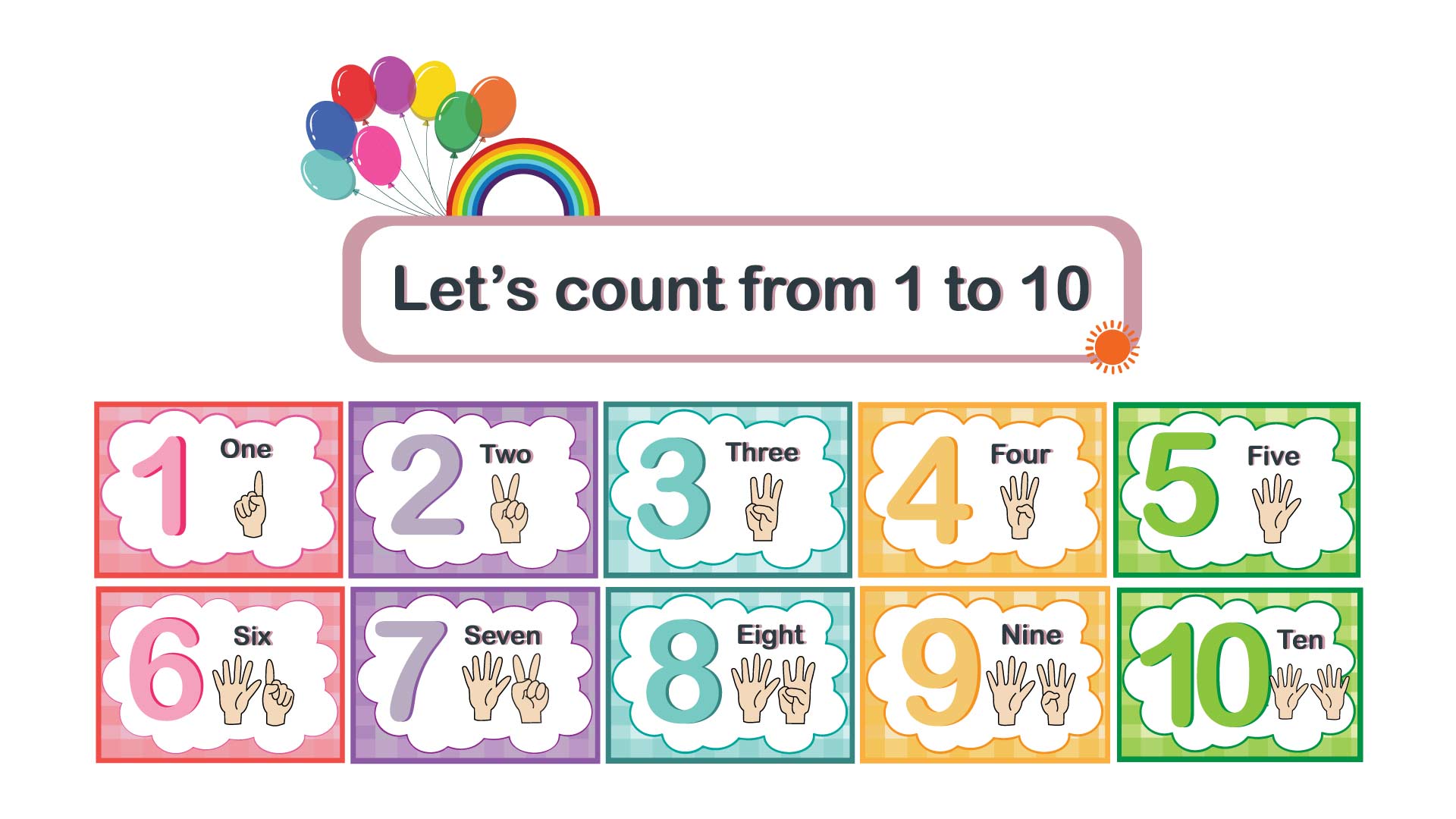 Here is a poem to help you remember the numbers 1-10 in English.

Now, can you count higher? How about counting to one hundred or one thousand?

Soon you will be able to count to one billion!

Numbers are the foundation for completing and understanding different math problems. By learning numbers, you can understand simple math concepts that will cause a great impact on your confidence in your math skills. The confidence gives you the way for a more easy-going numeracy learning process in the future.

To start learning numbers are to learn how to identify the first ten numerals (0 – 9), then learn the sound of numbers in English and also how to write the numbers. This learning process might be a bit difficult but also very fun, since you need to put different skills in practice to know the difference between one number and the others, for example, the number 6 and 9, which are quite close in appearance. You are not only learning math but developing other important skills as well. There are several tips

As you grow up, it’s very useful for you to learn the concepts of cardinal numbers and ordinal numbers. Finding out the difference between these two categories and also when and how to use each one, will be helpful for you, not only in school but for your day-to-day life as well.

Are numbers in words from 1 to 10. Since they express quantity, they are mainly used when counting in English. Cardinal numbers have many uses, among those are: talk about a person’s age, sharing phone numbers, or telling someone in which year you were born.

Here are some other cardinal numbers you need to remember for counting:

Let’s find out how to count and write cardinal numbers from one to a million!

Basic numbers started from 0 to 10

After the basic number, there are teen numbers. These numbers are started from 11 – 19. Except for 11 (Eleven) and 12 (Twelve), all the numbers have “-teen” at the end of them. The Teen Numbers consist of ones + teen.

Tens Numbers consist of the number 20 – 99. We know, there are a lot of them. But don’t worry, here’s an easy way to remember to say them in English.

Tens numbers have “-ty” at the end of them. It is basically the same pattern as the teen numbers, which is ones + ty.

Then what about the ten numbers followed by ones?

The pattern is similar to when we say tens numbers in Bahasa Indonesia, which is tens numbers + ones. Here are some examples:

Between the tens and the ones, we separate them with a dash (-) which is called a hyphen.

Hundreds are the numbers starting from 100 to 999. You will easily remember the hundreds in English when you understand how the pattern works. Here it goes:

How to write it in English is pretty much the same as how you write the hundreds, just add “thousands” at the end instead of hundreds. Here are some examples:

You may sometimes find thousands followed by ones, tens, or hundreds. The pattern of how to write it in English is basically the same. Here are some examples:

Millions also consist of units of millions, tens of millions up to hundreds of millions. It also has the same pattern of how to write it, just add “million” at the end of the numbers.

To write millions followed by thousands, hundreds, tens and ones, you can look at these easy examples:

The ordinal numbers are numbers used to state positions or sequences. Now to write ordinal numbers, we will break them down from numbers 1 – 31, according to the number of dates in a month. But this doesn’t mean the ordinal numbers only goes up to 31, for the following numbers, you just have to follow the previous patterns.

Here are some examples of how to write ordinal numbers:

Now that you understood how to read and write numbers in English, and knew how to differentiate Cardinal and Ordinal numbers, let’s keep on practicing! There are many ways to do it one of them is to do it with songs. Who doesn’t like singing?