Have you ever thought of becoming a doctor? Everywhere in the world, medical school—with the career options it provides—has always been in great demand. Why not become a medical professional for your future career?

If you need some inspiration that will boost your motivation and confidence to go to medical school, try watching some medical-themed movies. The struggles of doctors in the healthcare industry have inspired many filmmakers to create various medical-themed cinematic works.

However, besides showing the stories about the struggles, the movies about doctors also display a wide range of advanced medical technologies and health facilities. Here are 10 movies that will inspire you to become a doctor.

Released in 1991, The Doctor tells the story of a doctor named Jack Mckee who is a successful, well-established surgeon and has a beautiful wife. Despite his profession, Jack is a very cold person cold to everyone, even his family, and this is why he pays very little attention to his patients. Until one day, he’s diagnosed with throat cancer. Since then, Jack learns to live his life from a patient’s point of view.

Many people claim that Patch Adams is a must-watch for not only medical students, but also every professional in the field. The comedy-drama that was released in 1998 tells the story of Dr. Hunter ‘Patch’ Adams who is famous for his unconventional healing methods that go against modern medical traditions.

Hunter Adams, played by Robin Williams, becomes depressed after his significant other left him, so he voluntarily decides to get admitted to a mental hospital. While being treated, Hunter begins to help other patients after seeing the doctors and staff who were too rigid with their patients in the mental hospital.

This medical-themed film is based on a true story, telling the story of the struggle of an African-American man named Vivien Thomas who wants to achieve his dream. Due to limited funds, Vivien is forced to bury his dream of becoming a doctor. However, one day he meets a surgeon named Alfred Blalock at Hopkins University.

Knowing Vivien’s great interest, Alfred gives Vivien a medical scholarship by making him an assistant in his research. However, one day, Vivien has to swallow his disappointment knowing his assistance and successful efforts in the operation on a baby were not mentioned. Finally, although he isn’t known as a medical doctor, Vivien receives an honorary degree as a Doctor of Law. 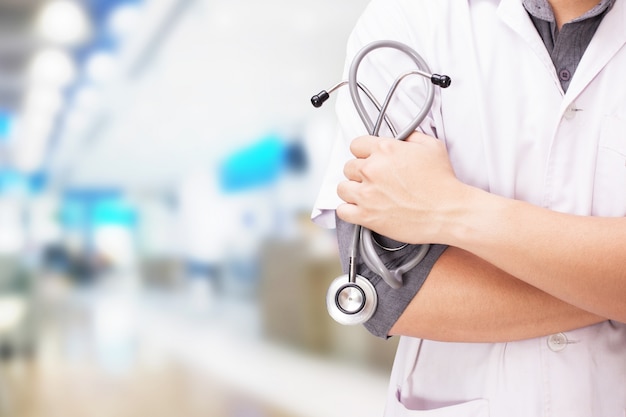 Starring the famous actor Orlando Bloom, the movie tells the story of the dark side of a doctor named Martin. One time, Martin meets a patient named Diane, an 18-year-old who is suffering from kidney failure. However, Martin accidentally kills her. Martin’s life drastically changes after someone finds out about his dark past and tries to threaten him.

Martin, who is afraid that his career as a doctor will end, finally tries to eliminate the person by killing him. This movie isn’t only for those who go to medical school, but also for those who like thrillers.

This Indonesian movie tells the story of a group of koas or resident doctors who go to medical school at a university. They spend their days meeting various patients and illnesses. This movie was included in the Crosscut Asia Colorful Indonesia category at the 2016 Tokyo International Film Festival. The theme this movie highlights will boost your enthusiasm to go to medical school.

Contagion tells the story of a dangerous virus outbreak in almost all countries in the world. This medical-themed thriller, besides displaying many medical terms that can provide insights to the audience, is also full of tension-filled scenes. Moreover, it features a long list of world-famous actors, from Matt Damon to Gwyneth Paltrow.

The Korean drama Hospital Playlist tells the story of five doctors who have been friends since they were in medical school 20 years ago. These five doctors have different specialties and are all reliable in their respective fields. Interestingly, they weren’t only studying in the same medical school, but they also work in the same hospital and often spend their free time listening to music.

Doctor Prisoner is another medical-themed Korean drama that tells the story of a man who is on a dark path to get revenge on a doctor who is guilty of malpractice. He’s a good surgeon who has been accused of murder for malpractice that wasn’t his fault and whose career has been destroyed since he went to prison.

Another Korean drama, Doctor John is an adaptation of a Japanese novel titled On Hand of God by Yo Kusakabe. It tells the story of an anesthesiologist named Cha Yo-han who is smart but arrogant, and another anesthesiologist who is smart and warm, played by Lee Se-young. After a disagreement with each other, the two are faced with a mysterious medical case.

Awakenings tells the story of a researcher named Malcolm Sayer who is also a psychiatrist at Bainbridge Hospital. Malcolm does in-depth research after a strange disease occurs in some mental hospital patients. Then a patient named Leonard, played by Robert deNiro, becomes his guinea pig.

Those were 10 medical-themed movies that will inspire you to go to medical school. To be able to be accepted into medical school, you need to start with the right education. Sampoerna Academy adopts the world’s best curricula and STEAM-based learning approach—highlighting Science, Technology, Engineering, Arts, and Math—which is widely applied in America.

Through the educational programs at Sampoerna Academy, students are equipped with a global foundation and internationally recognized academic qualifications. Find out more information about STEAM and and Sampoerna Academy here!