Sampoerna Academy > Let’s Learn About Static Electricity and Its Causes! The word “electricity” comes from the Greek word “electron” which means amber, a type of stone made of fossilized tree resin. The stones attract small objects after being rubbed together. This phenomenon was later developed by a Greek scientist, Thales of Miletus, through experiments that resulted in the discovery of the electric charge.

What is static electricity?

The release (or transfer) of charge when rubbing the two objects makes both of them charged with electrons. Electric charge is a physical quantity which affects different types of matters. The fact that an electric charge on a material surface can be neutralized by creating friction on the surface indicates that positive and negative electric charges don’t cancel each other out.

What are the examples of static electricity?

Besides the act of rubbing a plastic ruler to the hair, there are various other activities in our daily life that create static electricity, both consciously or unconsciously. Here are some of them.

Static electricity can occur due to a transfer of electric charge between two objects that are intentionally or unintentionally electrified by a static flow. There are at least three ways to create static electricity: rubbing, conduction, and induction. Let’s take a closer a look at each way.

Induction is separating electric charges in a conductor. It’s done by bringing an electrically charged object closer to another object in a neutral condition. The process of induction can be found when we investigate the electric charge of an object using an electroscope.

What is static electricity used for? 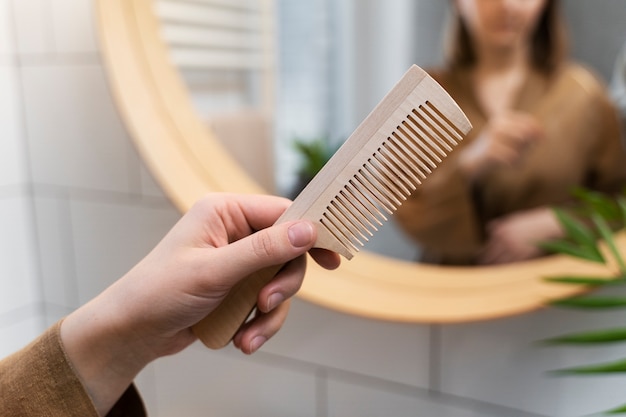 Static electricity occurs when we use a spray paint, when there’s a friction between the spray pipe and the air. The paint droplets from the aerosol will turn into an electric charge. If the object to be painted is electrically charged, the paint droplets will be attracted to the object surface.

In a laser printer, static electricity is used in parts, including fuser, photoreceptor drum, corona, wire, laser, and toner. When the positively charged drum rotates, the shining laser will move across the uncharged surface. The laser will draw on the negatively charged paper.

Static electricity can cause sparks; for example, when a car or truck is moving, the friction between tires and the road causes negative charge while the metal adjacent to the tires can be positively charged by induction.  Fire will spark if the two opposite charges meet.

We’re at the end of our discussion about static electricity—the definition, examples, benefits, and dangers you need to know. Are you looking for a school that allows you to learn practical items related to natural science, like static electricity, through latest technology? Sampoerna Academy is your answer.

Sampoerna Academy believes in the power of holistic education to ensure students can develop themselves in all aspects, from academics, to character building, to the lifelong love of learning. Click here to find out more about Sampoerna Academy!

Newer Columbus Was Not The First Person to Discover America: Is It True?
Older Mind Mapping: Definition, Benefits, and Examples