The Greenhouse Effect is caused by the presence of greenhouse gases in the earth’s atmosphere. This condition is defined as the process of natural heat which causes the gas trapped by the heat radiation on earth. Some of the natural greenhouse gases are the water cycle, water vapor (H²O), Carbon Dioxide (CO²), Nitrous Oxide (NO²), and others.

The Greenhouse Effect According to Experts

These are the greenhouse effect definition according to experts:

According to Asociación Mexicana de Energía, the greenhouse effect and global warming is a trapped geothermal event caused by the blocked emissions of gas such as carbon dioxide in the atmosphere. Most of this emissions of gas emergence comes from vehicle exhaust, factories and forest fires.

The greenhouse effect is an increase of the average temperature on the earth’s surface which results in the depletion of the earth’s atmosphere. The impact on this leakage results in the weather becoming hotter on earth due to the atmospheric layer that failed to protect earth from the sunlight.

The greenhouse effect is an environmental crisis caused by human activities on earth which causes the increase of earth’s surface temperature because of trapped carbon dioxide gas. This activity increases every day which makes the weather on earth become hotter. Some of the gasses that contribute to this phenomenon are water vapor, methane, ozone, nitrous oxide and others.

The Process of the Greenhouse Effect 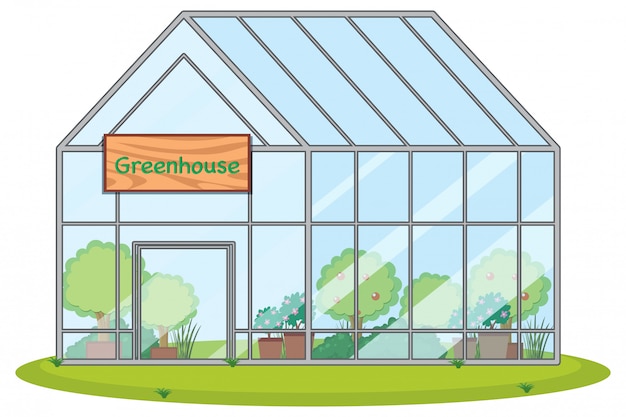 This condition occurs through a series of processes, but most often can be found in the greenhouse for cultivation which is commonly found in countries which experience winter or countries with experiments in the fields of biology and agriculture.

The gas that comes out of the greenhouse then forms a layer and it covers the earth. This gas containing carbon dioxide, methane, nitrogen dioxide and others naturally enters the layer. If the greenhouse effect is removed, the particles that come out will rise to the troposphere and alternately cover the earth.

Geothermal re-entry creates an earth’s temperature rise and makes the warm weather spreads to the entire earth even at night. If this increase of heat happens every day coupled with its global nature as a whole, it will cause global warming.

The Impact of Greenhouse Effect

There are impacts of greenhouse effect, which are:

The impact of the greenhouse effect caused global warming which threatens the order of ecosystems by the rise of earth’s temperature. This condition will affect the entire living things but not every one of them can adapt to this condition quickly, while some of them can’t even survive.

Melting of the Poles

The heat certainly makes the ice at the North and South Poles melt because of the rapid increase everyday. This condition causes sea level to rise and threaten the water from the sea to drown the surrounding low areas.

Ecosystem Damage and High Acidity Level of the Ocean

Another threat is the destruction of marine ecosystems with the high acidity level of the ocean. All the living things on the ocean will be having trouble breathing because of this acid level.

Depletion of the Ozone Layer

The most dangerous threat is the depletion of the ozone layer. The ozone layer is the shield for all the living things on earth from the heat of the sun. 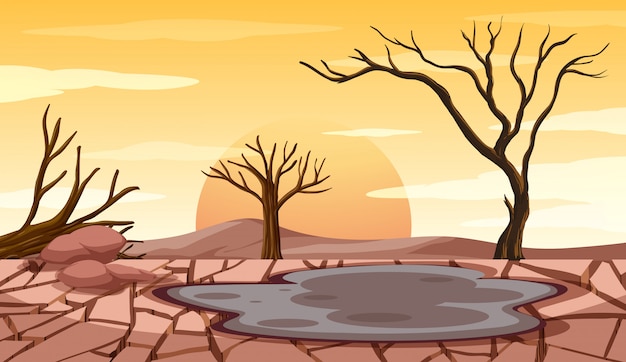 Here are the causes of greenhouse effects:

The open area of a beautiful forest with many trees as a source of life and the lungs of the world but also vulnerable to illegal logging. Forest fires which cause global warming are the way to flatten the forest.

Excessive Use of Fossil Fuels

Several types of fossil fuels such as oil and coal are the natural wealth which are today have been used excessively. There are some dangerous impacts by this act, for example deteriorating air quality and the increase of greenhouse gases.

The use of non-organic fertilizers can increase agricultural yields but it is also a negative impact to the environment. It appears that polluted nitrous oxide in the air causes a greenhouse effect.

Waste production that is increasing everyday is the result in the emergence of methane and carbon dioxide gas, also bacteria whose function is to decompose waste. If the household waste could not be managed properly, it will cause polluted environmental health and other bad impacts.

Livestock waste such as cow dung can produce a greenhouse effect due to the presence of carbon dioxide and methane. The increase of livestock waste will cause a greater greenhouse gases released in the air.

Excessive consumption of an item can cause negative impacts to the environment because the production of industrial goods which causes the use of electricity and coal contribute about 60 percent of greenhouse gases.

The excessive accumulation of plastic waste creates an uncontrollable volume that is difficult or even impossible to be deciphered. The existing waste is a pollution to the environment because plastic could emit methane and ethylene gases when it is exposed to sunlight and it will be damaging to the climate.

Driving a motorcycle will produce carbon monoxide gas that pollutes the air and causes global warming.

Excessive Use of Electricity

Gasoline is a staple of human needs, but excessive use can create the greenhouse effect. The burning of carbon dioxide is very influential to global warming.

This is a very difficult condition to avoid although it still could be handled by combining chemicals to be used as household appliances such as air conditioners and refrigerators.

Excessive Use of Tissue

Tissue is made from wood fibers and reprocessed using advanced technology. The more trees are cut down causing the production of oxygen to be disrupted and causing the dominance of carbon dioxide everywhere.

Industrial gas is one of the causes of the greenhouse effect because the factory fumes from carbon dioxide, carbon monoxide and methane gas produce air pollution.

How to Overcome the Increase of Greenhouse Effect

Here is some ways how to overcome the increase of greenhouse effects:

Use electricity only as needed to contribute greatly by reducing the use of coal as a trigger for carbon dioxide gas emissions in the air. The threat of running out of electricity is also a greenhouse effect.

Increased agricultural yields are not only due to the use of chemical fertilizer. Therefore the campaign to switch to organic fertilizer should be encouraged.

Although it is very rare to find environmentally friendly fuel in Indonesia, this act could create good changes to the environment, for instance using solar panels.

As mentioned before, waste is a contributor to greenhouse gases, especially livestock. To reduce the carbon dioxide and methane emissions, the waste can be processed into biogas.

Reforestation is one way to save the world from destruction because trees could help absorb the excessive carbon dioxide.

Limit the Use of Plastic

Plastic is a polymer compound which is very difficult to break down in solid, meanwhile burning it only creates more carbon dioxide emission.

This is a brief explanation of the greenhouse effect, from the definition, the process, the negative impacts to the causes and how to overcome the greenhouse effect. Sampoerna Academy has internationally recognized academic qualifications to prepare students on competing and achieving success at any stage of life.

Sampoerna Academy adopts the world’s best curriculum that uses STEAM-based methods, which are Science, Technology, Engineering, Arts, and Math that are applied in America and can be obtained in Indonesia. Sampoerna Academy prepares students on a global basis with internationally recognized academic qualifications.